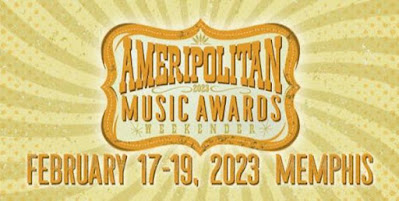 The Ameripolitan Music Awards returns in 2023 with some big names, old favorites and emerging stars performing showcases during the long weekend of festivities. Sierra Ferrell, Johnny Rodriguez, Rosie Flores, Kinky Freidman, Brennen Leigh, Summer Dean, Jeremy Pinnell, and The Waymores are among the artists who are nominated for awards or performing throughout the 3 days of eclectic pageantry.

In addition to the artist stages at both Guest House at Graceland and Hernando’s Hideaway there will be a sundry of happenings including a Steel Guitar Pull hosted by Lynn Owsley, a Vintage Western Ameripolitan Fashion Show, Whisky or God Comedown Session with Big Sandy, the Texas Takeover Showcase, the popular Chicken $#+! Bingo with Dale Watson and the high note of the weekend - the Ameripolitan Music Awards Show.

Attendees will be treated to a viewing of The History of Western Swing documentary on Friday at 3 pm at the Theater Stage. They will also get a sneak peek of Mule Kick Productions documentary on the World Famous Palomino Club - PALOMANIA  on Sunday before the awards ceremony.

For those who plan to come to Memphis a day early, there will be a pre-party at Hernando’s Hideaway - a reprise of the famed Ronnie Mack’s Barn Dance with James Intveld and friends to kick-off the affair.

The mission for the organization founded in 2014 is clear.  The Ameripolitan Music Awards have been established to give like minded individuals an opportunity to come together to celebrate and promote the music they love. It serves as an event to rally around each other and as a source of inspiration for artists and fans alike.

Dale and Celine Lee Watson are the heart and soul of the Ameripolitan community and continue to carry a torch for authentic country music.

There will be a complimentary shuttle between the Guesthouse Hotel, Holiday Inn, Hernando’s Hideaway & The Travelodge. Every 30 min from 5pm-2am

Hernando’s Hideaway will serve from their full menu + bar from 5 pm till late each night. Brunch from 12 - 2 on Sat and Sun.