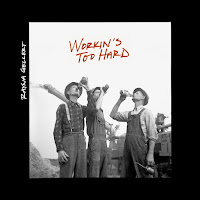 Rayna Gellert seems a preternaturally gifted songwriter, it’s because she’s seen farther into the old songs than most. Growing up in a musical family, Gellert turned to Appalachian old-time music at a young age, becoming a prodigious fiddler and leading a new revival of American stringband music through her work with the acclaimed American roots band Uncle Earl. Through the late nights at music festivals, the kerosene-lit jam sessions in campgrounds, the all-night sessions in a warm kitchen, the old songs have fueled her passion for the music. The Appalachian ballads leave so many parts unknown, so many stories half told, that it’s only natural she’d turn at some point to finishing the stories herself. What she found when she did was that she had an uncommon talent for songwriting that reads both as simple and accessible, but also heartfelt and profound. A great songwriter never overwrites a song, and that’s a lesson Gellert learned from folk song.

With her new mini album, 'Workin’s Too Hard', out January 20, 2017 on StorySound Records, she pulls from the tradition, but the songs are all her own and the arrangements are built on a collaboration with Nashville songwriter Kieran Kane (co-producer, mandolin, guitar, vocals). In the vein of other artists like Sam Amidon and Gillian Welch, Gellert’s roots in Americana run so deep that no matter what she writes, it will always have a timeless quality to it.

raynagellert.com
Email ThisBlogThis!Share to TwitterShare to FacebookShare to Pinterest