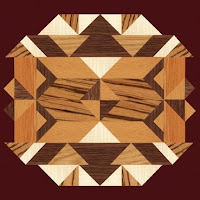 'Third' is the latest album release from the London-based instrumental four piece,Tout, and its most ambitious record to date. Drawing on a range of influences including Neil Young, Dirty Three and Do Make Say Think, 'Third''s ten instrumental tracks evoke sprawling vistas, outback lands, expanse and movement. Emotive viola rides atop country-tinged rhythms and thudding double bass. Distorted guitars occasionally emerge to bring dirt and dissonance to the highly crafted melodies.Tout’s music has been described as ‘what a Krautrock band might sound like after a trip across the Southern States in Neil Young’s camper van circa 1973’ (Bonanza & Son), with 'a mixture of Fahey-esque acoustic and swampily trudging electric tracks' (Norman Records). On 'Third', guest contributors on trumpet and double bass expand the band's dynamics to produce a uniquely textured collection. Multi-instrumentalist David Coulter, who has also collaborated with Damon Albarn, Jarvis Cocker, Marianne Faithfull, The Handsome Family and Marc Ribot, adds to the musical arrangements on 'Third' with rarely heard instruments - jaw harp and bowed saw. The resulting sound is one drawn from a palette of historic folk and country blues re-contextualised in to a contemporary form and the aesthetic is highly atmospheric and suggestive of filmic landscapes.Gigging regularly in the UK for the past two years, and appearing in session on Resonance 104.4FM’s Bonanza & Son show (who also voted Tout’s second album one of the best records of 2013), Tout have developed an accomplished live set to tour the new record in 2015.


Tout - For Honor And For Riches from Primary Drift on Vimeo.
Email ThisBlogThis!Share to TwitterShare to FacebookShare to Pinterest