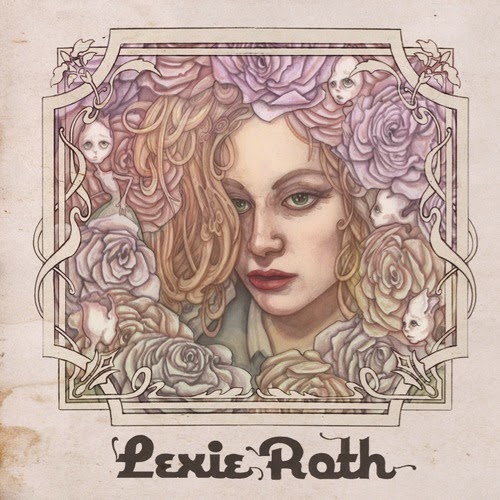 “Music was in my blood from birth,” says Lexie Roth, the daughter of Arlen Roth (legendary guitar god who has performed with everyone from Simon and Garfunkel to Bob Dylan) who possesses a unique musical talent of her own.  Her latest album Lexie Roth, out to rave reviews includes the catchy single, “Lost Memory.”


About the track and video, Lexie explains, "Lost Memory was written as a dedication song to two people that I've lost.  One, a very young family friend named Diami Piccus and my sister Gillian Mackenzie Roth.  I wanted the video to be visually stimulating, colorful and nostalgic.  We shot on VHS and digital hand held cameras to get a home-video sort of feel.  Dan Cashman who shot and directed, incorporated his genius use of his ever-growing collection of amazing stock footage and use of live performance lights by layering them within the image.” Dan Cashman says, "Lost Memory" was shot with archaic consumer grade video technology edited and meshed with found VHS footage. I wanted to explore the ways in which decaying video, decaying memory, and decaying nature intersect and layer, creating further distortion and disintegration.  The ways that this imagery can be an emotional experience was of particular interest to me, as Lexie's song conjures the feeling of a quickly fading love, like an old home movie...A video that can't be seen clearly because of the weathering effects of time."

“Lost Memory” is just one of the soothing, uncomplicated melodies on Lexie Roth. The album consists of 11 original tracks written and performed by Lexie Roth on lead and backup vocals and guitar, with special guest, Arlen Roth on lead guitar. The album has drive with drum fills that will get stuck in your head, bass that chugs it along like a train and harmonies that will make your heart melt.

Lexie has been playing music since she was eight years old. Just ten years later, her debut album One Long Blink was released and gained attention as far as Japan. Since then, she has appeared on two of her father’s albums, Toolin’ Around Woodstock featuring Levon Helm on drums and his previous album Landscape. Most recently, "Call You My Hon" off her self-titled album was featured in the independent film shown in the Tribeca Film Festival "Maria My Love" produced and directed by Jasmine McGlade Chazelle in which starred the late Karen Black.  "Windfield" off her latest album will be featured in the movie "The Eve" from Transcendental Pictures within the year.

In addition, Lexie was featured on the track "Vaya Con Dios" on the Les Paul Tribute Album Thank You Les along side of Keith Richards, Jose Feliciano, Steve Miller, Slash, Billy Gibbons (ZZ Top), Eddie Brigati Jr. (The Young Rascals) and many other greats who played with Les Paul through the years.

To support Lexie Roth, she did an extensive United States tour with close friends and colleagues Sons of an Illustrious Father (Lilah Larson, Josh Aubin, Ezra Miller) followed by a tour with Skinny Bones out of Boston, MA.  Her third album is currently in the works, which will feature all members of Sons of an Illustrious Father and the keyboardist of Brooklyn band Papertwin.

“I couldn’t live without music… It makes me feel, and lets me express the deepest things I need to express.  It couldn’t feel more natural to me.” --- LEXIE ROTH
Email ThisBlogThis!Share to TwitterShare to FacebookShare to Pinterest