We were now about to penetrate a country at least two thousand miles in width, on which the foot of civilized man had never trod,” reflected Meriwether Lewis on entering the Pacific Northwest. “The good or evil it had in store for us was for experiment yet to determine.” With these words Lewis set forth the cultural foundation of the Pacific Northwest: a drive to explore and to tread further. It’s a cue taken seriously by Pacific Northwest indie-bluegrass quartet TRUE NORTH on their most recent release, ELSEBOUND, an American roots exploration of the unknown territory of love and loss.

Hailing from Salem, Oregon, True North is made up of two married couples: principle songwriter Kristen Grainger & Dan Wetzel, and Dale Adkins & Suzanne Pearce Adkins. The songs on their newest album, Elsebound, lay a roots music foundation so smooth and solid you could just about pitch a tent and call it home.

All seasoned bluegrass musicians, True North are anything but showy. Their skill lies in their ability to make complex instrumentation sound effortless, exemplifying the pinnacle of modern bluegrass. “What many groups lose in the fire of lightning-fast solos, True North exemplifies with style and artistry,” says roots music writer and No Depression editor Kim Ruehl. Their arrangements are woven together with Grainger’s poetic and visual lyrics, giving the songs a rare sense of emotional transcendence and power that grabs the heart and pulls it out to sea like the mighty Columbia River. Grainger’s songwriting and songcraft has garnered top honors at Wintergrass, and finalist spots at Telluride Bluegrass Festival and Kerrville Folk Festival song competitions. 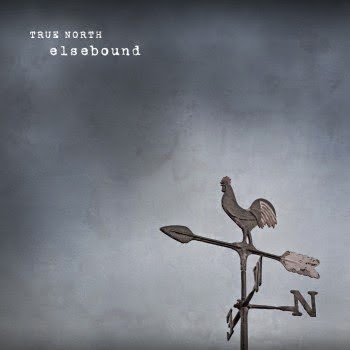 Elsebound begins with Dan Wetzel’s banjo, a crisp yet gentle tone that opens up an expanse like that which once stood before Lewis & Clark, soon entered by Grainger’s vocals. On “Rattlin’ Bones,” Grainger’s smooth voice invites like a siren to the deep, tight, underlying power of the Adkins’ bass and guitar. And while true to their bluegrass traditions, True North aren’t afraid to fold popular work into their music, having been known to reimagine rock songs with their unique musical perspective during live performances, or referencing the Beatles in Elsebound’s “Be Here Now,” a heartfelt song chronicling the story of two lovers from their honeymoon until death. Closing out the album is the sublime “Acceptance,” an original tune by Grainger, in which repeated listens reveal layer after layer of complex instrumentation so well crafted you’re convinced you’ve known this song since you were a kid, but had simply forgotten it until now.

True North blaze new territory in contemporary bluegrass, not trying to reinvent the wheel, but simply traveling a bit further than others might dare to go. With every chord change they take another step deeper into the frontier. With one listen to Elsebound, you’ll want to see where True North go next.