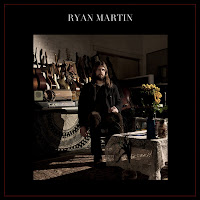 Alternative folk-rock musician Ryan Martin releases his new single “New York Women” off of his debut album For All The Beautiful Losers (released in February 2013).  With a sound comparable to Dawes and Delta Spirit, Ryan’s 12-track CD details the many ups and downs that he has experienced in his own life – from heartbreak to loneliness to figuring out where he fits into all of it.

Originally from Los Gatos, California, Ryan began his musical journey playing electric guitar in high school. Since then, he has been in several bands before moving to New York City two years ago to further pursue his passion for music. Ryan formed a seven-piece band to record his debut album of 12 original songs. The topics are heavy and Ryan is honest in his lyrics about the heartache and melancholy that he has felt in his life. In his last single “Hard Man To Love” Ryan comes to terms with who he is and sings about his struggle to let anyone into his life because he's "always on the run", though he isn't sure from what.

Ryan’s current single “New York Women” is full of soul.  Listeners can feel the heart he sings with and the bluesy undertones add depth to the track. Ryan shows his ambivalence toward the women of New York, singing, “But all you New York women//Don't you want to change my mind//Well come on give me a ride//Take me to the country //Or I'm gonna lose my mind.”