Philip Boone: A Light and A Line 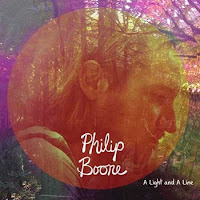 In October 2012, Philip Boone released his second album of songs, titled “A Light and A Line". This record features his band, plus special guests Greg Rogove (of Devendra Banhart, Megapuss, and Priestbird) on drums and Noah Georgeson as mixing engineer (with credits from The Strokes, Devendra Banhart, and Mason Jennings), and has been met with very positive reviews. An excerpt from a review by Leicester Bangs reads, “his style, a mix of '70s west coast hippie groove and classic cosmic country certainly has a deal in common with various ex-inhabitants of the area, including Neil Young, Emmylou Harris and Little Feat - together with the latest wave of Los Angeles musicians, best exemplified by Jonathan Wilson and Beachwood Sparks.”


Philip Boone is gaining notoriety, performing regularly in Los Angeles, including the Hotel Cafe in Hollywood, The Malibu Inn, Room 5 and Molly Malones.