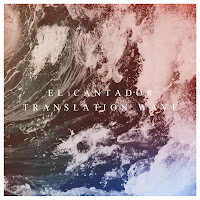 Mobile, Alabama's El Cantador hit the ground running in 2007 and has not paused to look back. What began as introspective folk influenced ballads (Orange EP 2007) and Americana tinged rock (The Ground EP 2008) has developed into more progressive and expressive compositions with moments of quiet clarity and upbeat reckless abandonment. Continuing in their search and exploration of new instruments and ideas, the band recorded their first full length album Fools For Light (2011) across the street from the Gulf of Mexico and originally self-released under Friends Fight Records. Recently, the band has joined with Atlanta's THIS IS AMERICAN MUSIC Label and Mobile’s newly formed Mod Mobilian Records for the re-release of Fools For Light and the release of their latest effort: Translation Wave. El Cantador consists of multi-instrumentalist Alex Scharr on electric bass, synthesizers, keys, and backing vocals; founding member Sean Murphy continues his role in as the lone drummer and percussionist; and the group's overall aesthetic is rounded out with founding member and guitarist Heath Underwood's songwriting and vocal performances.


With a focused strength in the craft of songwriting, El Cantador’s songs reflect often on a passionate inner-life that is at times intensely overwhelming and at war with itself; especially amongst universal themes of identity and acceptance into social and personal circles. This is not a band that will follow a crowd or shirk a bet for fear of risk. This is the band that will stay true to making their music their way, and they cordially, sincerely, invite you to join them.


El Cantador has shared the stage with the likes of Unknown Mortal Orchestra, Alabama Shakes, Cage The Elephant, Colour Revolt, Shovels & Rope, and many talented more. Past and recent music festivals include: SouthSounds Music Festival (2011 & 2012), the Hangout Beach and Music Festival (2010), 92 Zew’s Second Tuesday Series, Bayfest (2009), and Next Big Nashville (2009).


El Cantador took residence at the Mary C. O'Keefe Cultural Center of Arts and Education in Ocean Springs, MS for a total of six days in May and September of 2012 to work on Translation Wave. With access to the building’s Scharr-Ello studio, performance arts room, and main theater the trio was once again free to explore their sound within high ceilings and stairwells in one of the coast's most richly and artistically diversified areas. Chris Staples (TwoThirtyEight, Discover America, Telekinesis) was invited in to engineer three of the EPs more percussion oriented tracks (BlackSound, Particle and Wave, Reynosa).

In this new collection of music we find a more intimate, cinematic, and sporadic group of songs. Translation Wave is an expression of how a band can morph and evolve from time on the road and turn to reflect on those experiences through instrumentation. Having already freed themselves of popular expectations on the previous album, El Cantador appears willing and able to take us anywhere at any time without notice. In the EP's first track, "BlackSound”, the listener is greeted by a sparse and intricately picked out acoustic guitar riff alongside Underwood's immediate foretelling to "Don't buy into most of my dreams/I'll make your head spin with my own disconnectivity" - lyrics which imply Underwood's satisfaction in playing with language and could serve to intimate the EP's darker hues and cathartic uplifts. Translation Wave proudly hums with a warmth and rawness akin to older classic albums you might find in your local record bin.